People who said they didn’t want cats… but look at them now. Scroll down to see pictures below! 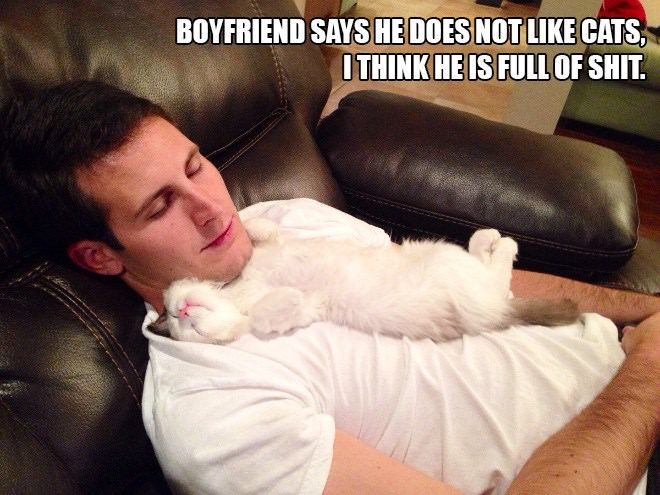 #2. She tells all their friends that she “hates their cat.” Boyfriend snapped this picture. 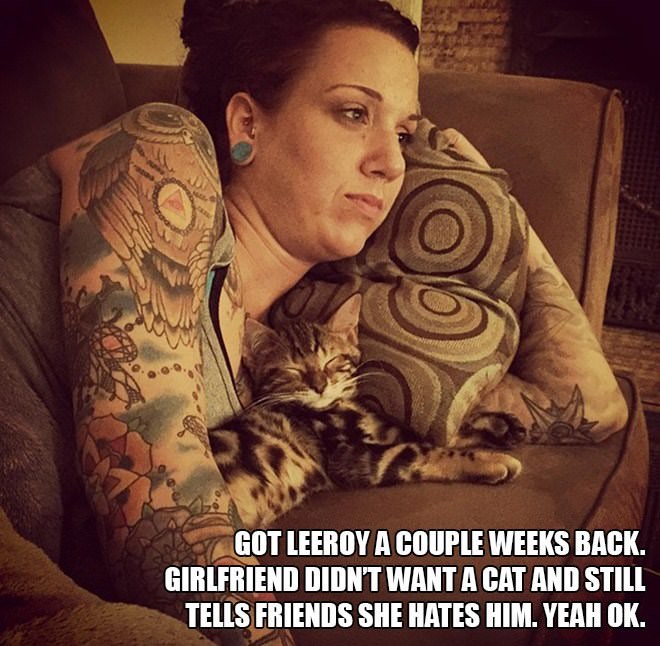 #3. Caught a picture of my cat with my friend who adamantly “Hates Cats” 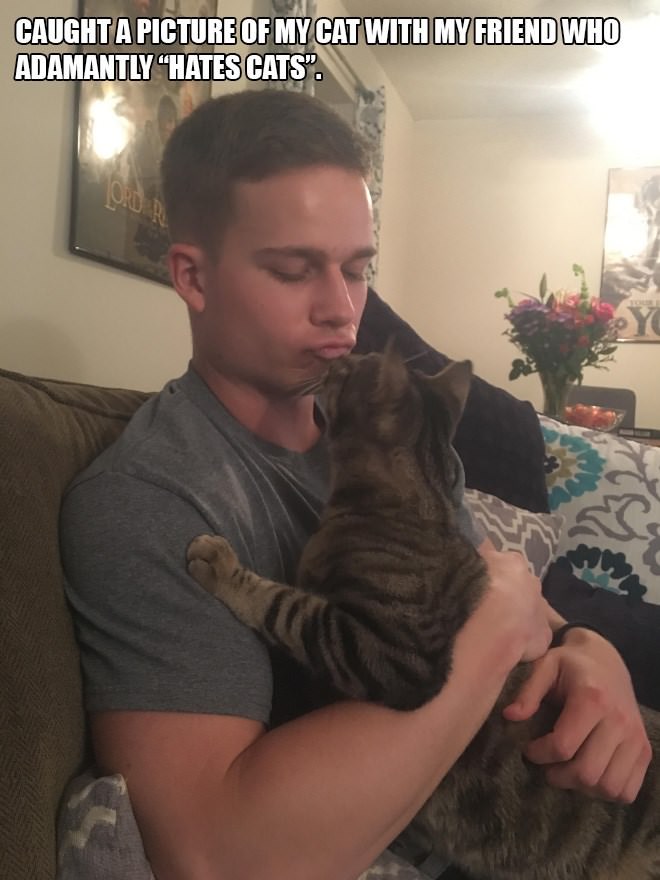 #4. Dad claims he isn’t a fan of cats, but now his daughter gets pictures like this sent to her while she’s at work. 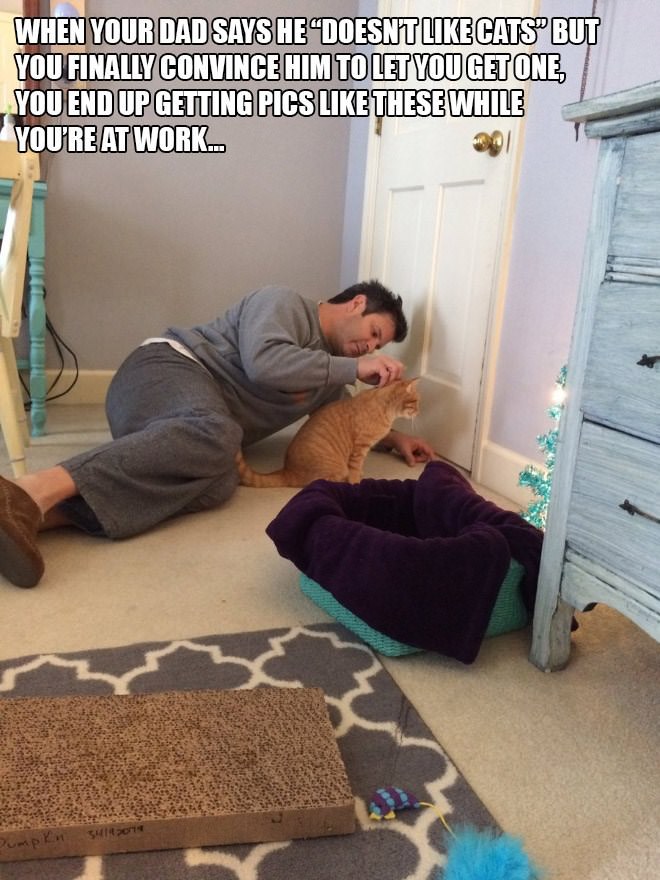 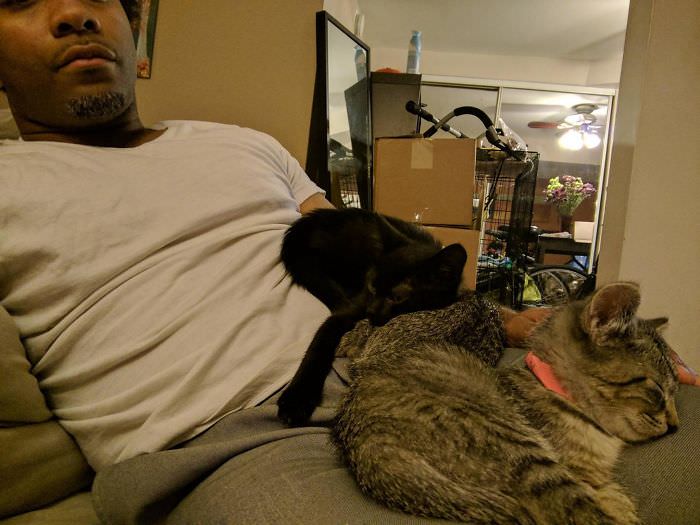 #6. Dad says he doesn’t like cats. This picture is screaming the opposite. 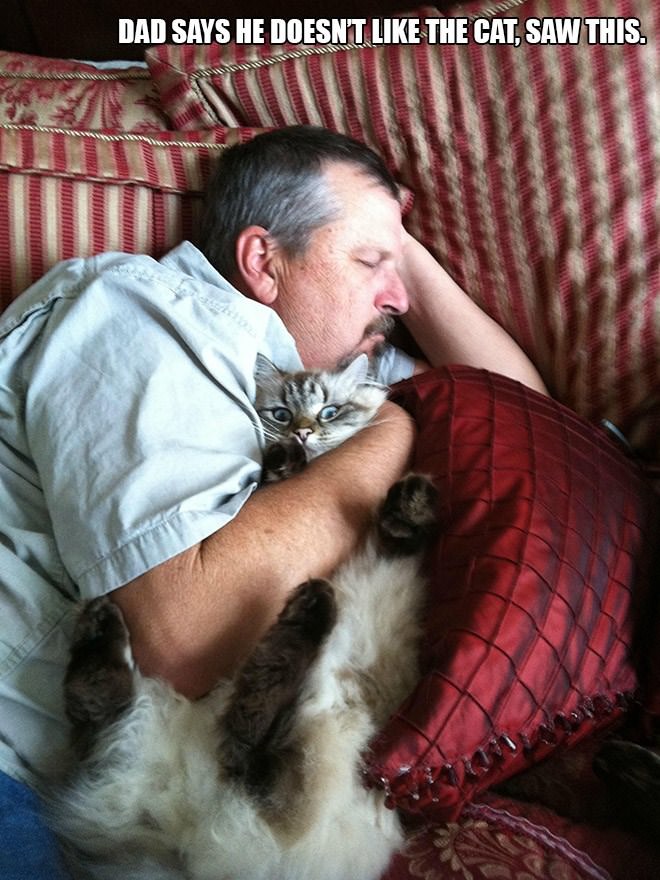 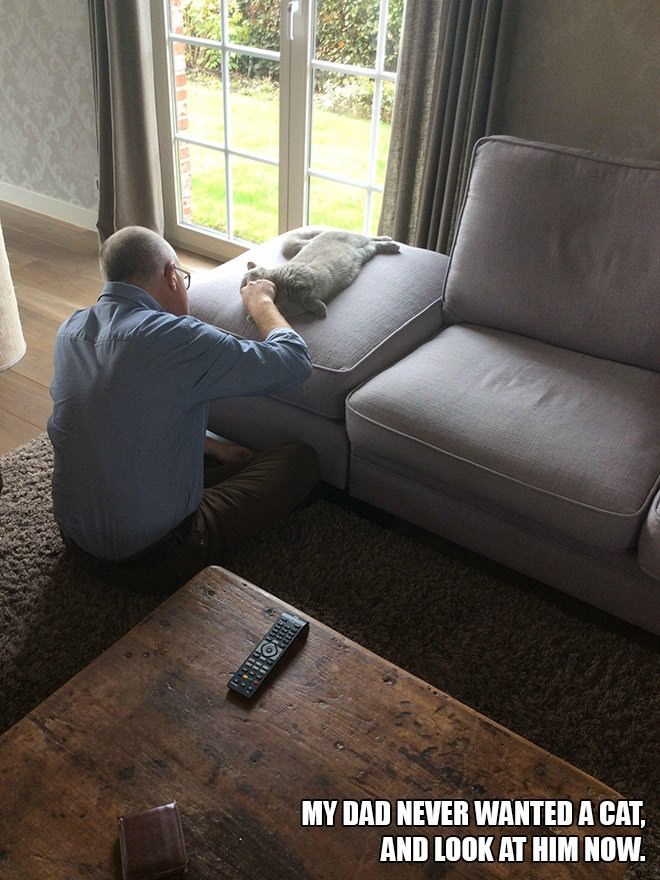 #8. My boyfriend said he doesn’t like cats. This is him now. 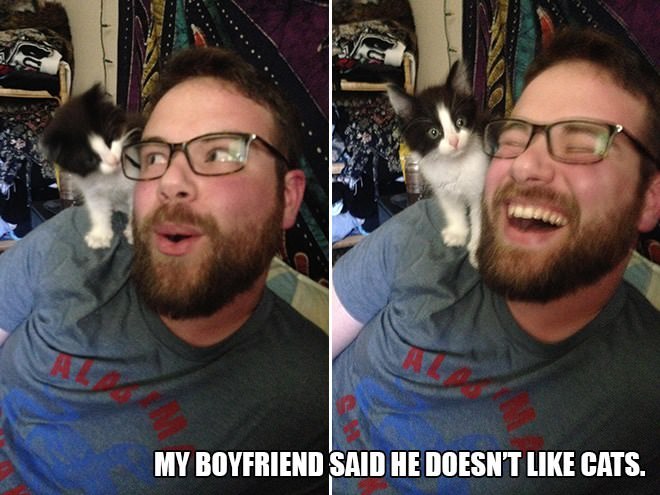 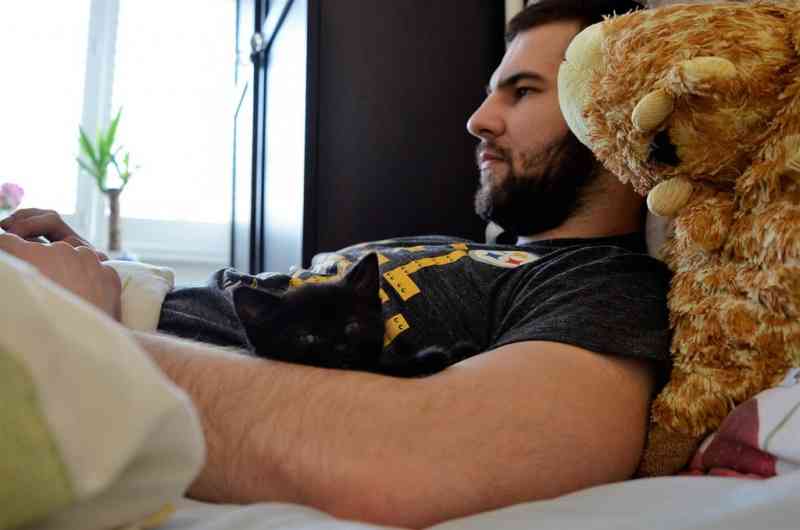 #10. “Not a cat lover,” yet won’t disturb the cat to close the curtains, so the sun doesn’t blare in his eyes. 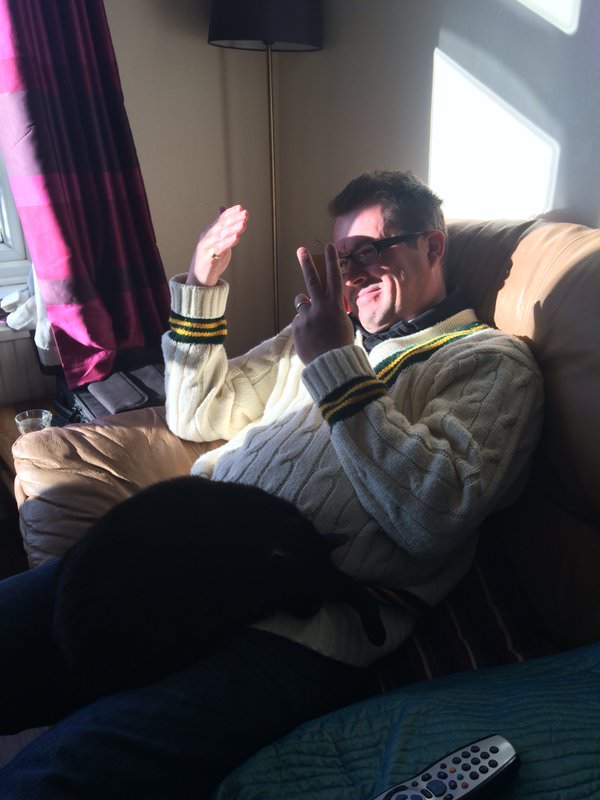 20+ Funny Grumpy Cat Memes That Will Blow Your Mind

Loving Cat Misses His Owner Whenever He Goes Out