A family from Brasov, Romania planned to adopt a kitten from the shelter as a play mate for their puppy. And they never think that a stray kitten would track them down before the family had a chance to find one for themselves at a shelter.
When they were about to move into their new apartment. A kitten named Abyzou was discovered near a construction site by Sorin’s sister. The poor little girl was abandoned, filthy, hungry and smelt just like the area she was found in… of trash. She was friendly and yearning to be loved. She needed a home, and Sorin’s family was looking for a cat. They decided to adopt her.
They took her to the vet to get her cleaned up and vetted. They went shopping for Aby. She delighted in the food and toys her new owners bought for her and she could not stop purring and cuddling her family.
When she met her brother Dante, she was beyond curious about this dog. The brother was inquisitive about her too and they spent a day smelling each other and keeping a little distance, until Aby decided she would drink from Dante’s water bowl even though her own was full. She even showed him how to eat and drink from the bowl.
Soon, they became close friends and spent most of their time playing, chasing each other, hanging out on the balcony, and staring at their human parents when they eat.
They have been together for seven months, and their bond is stronger than ever! 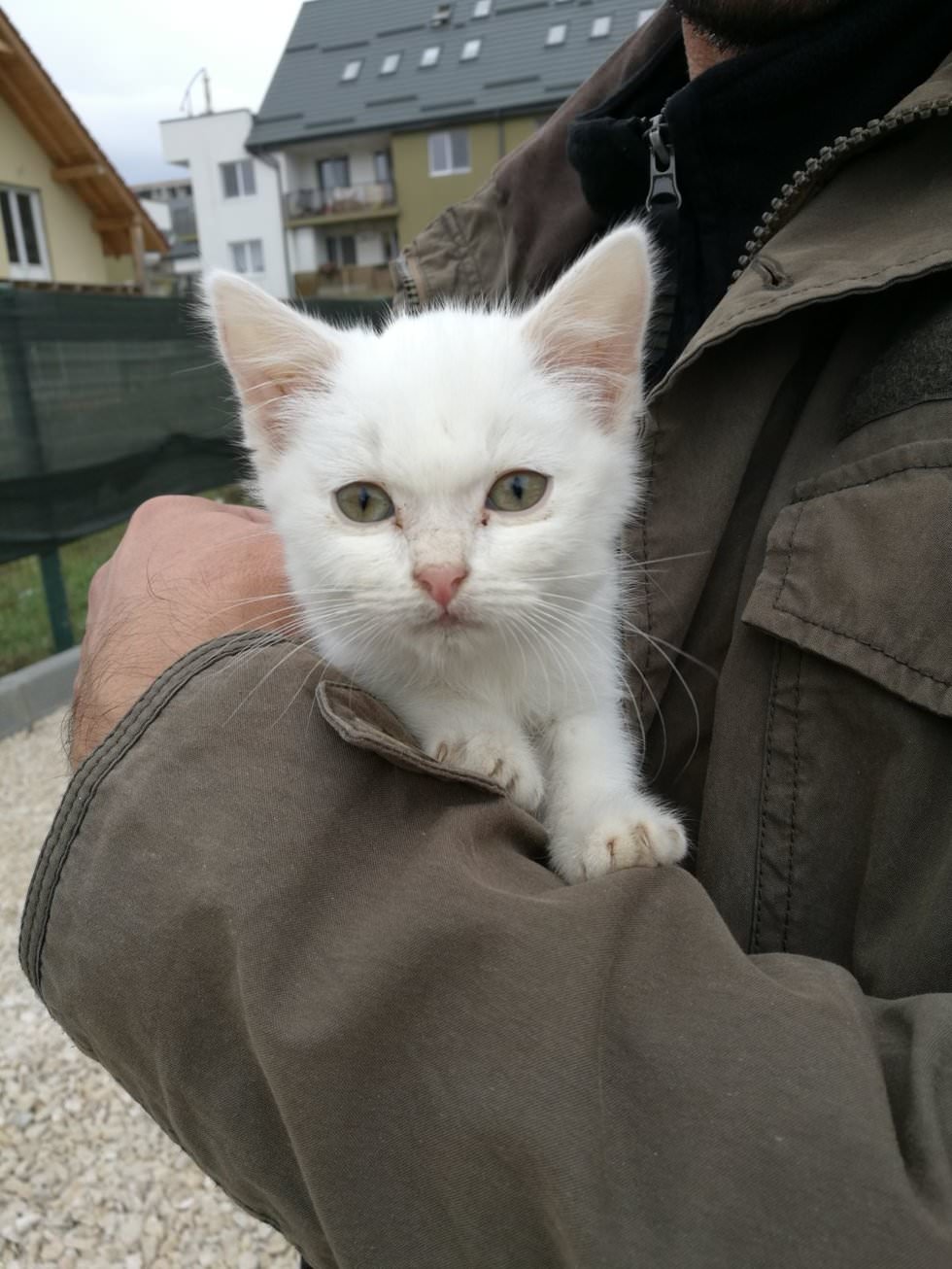 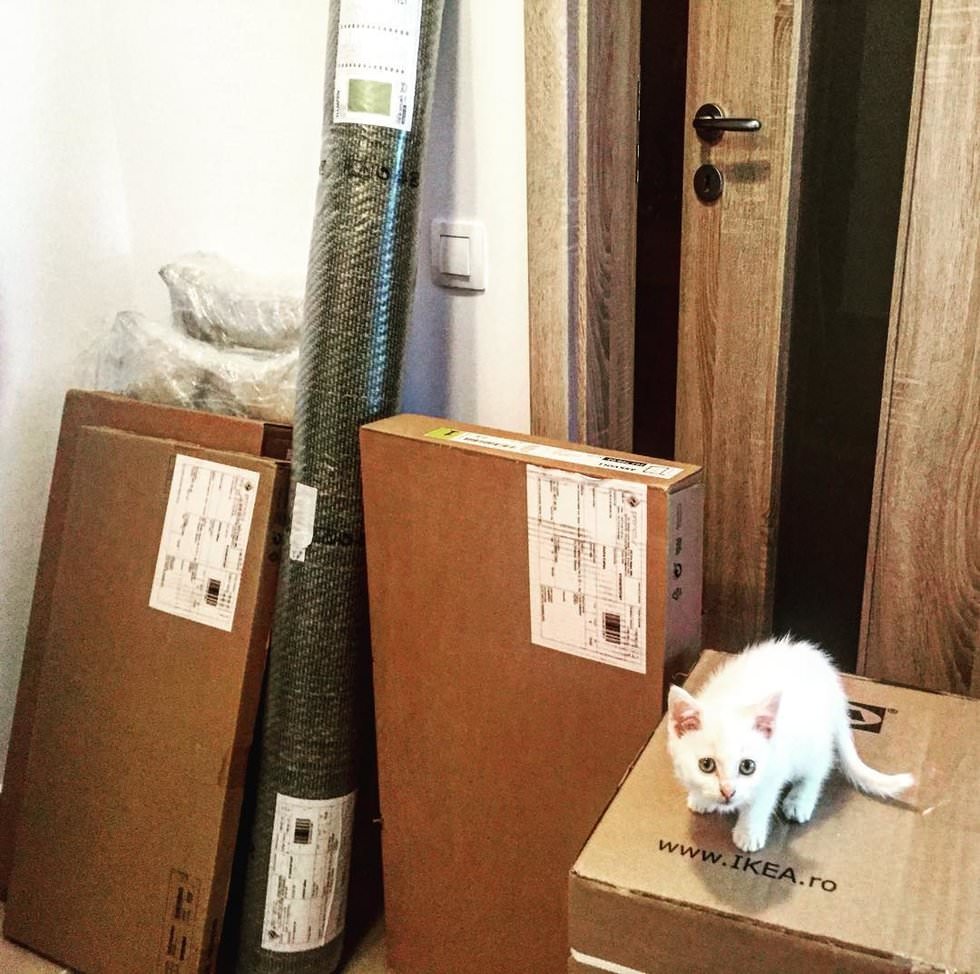 When Abyzou was ready to meet her canine brother Dante, she was very curious about this “funny looking cat.” 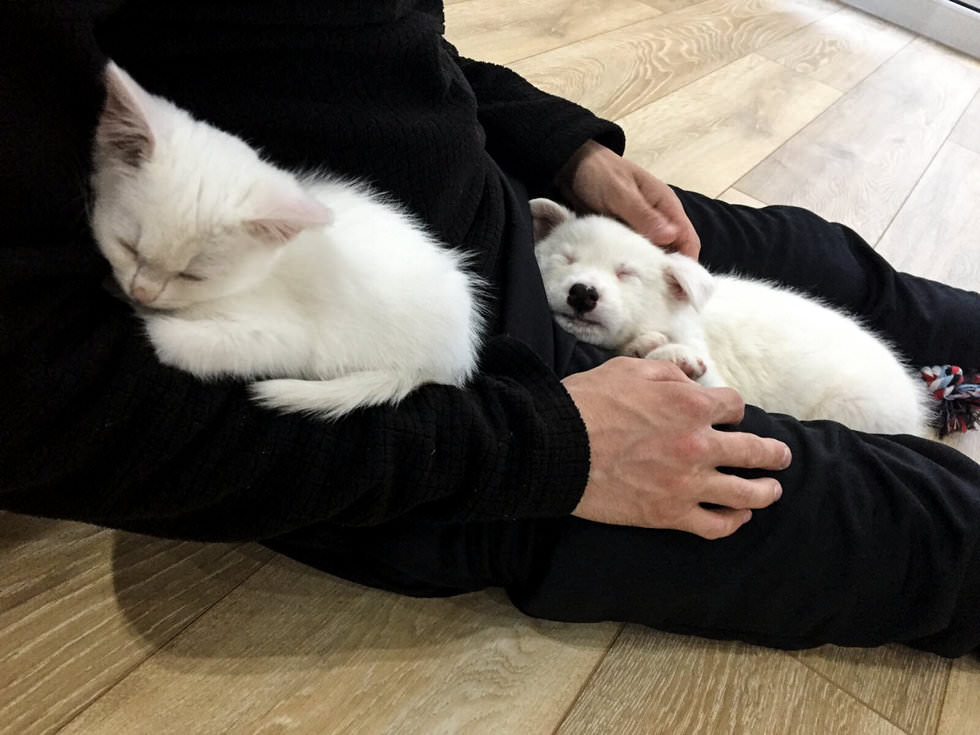 Aby showed her canine lookalike how to eat and drink from a bowl. 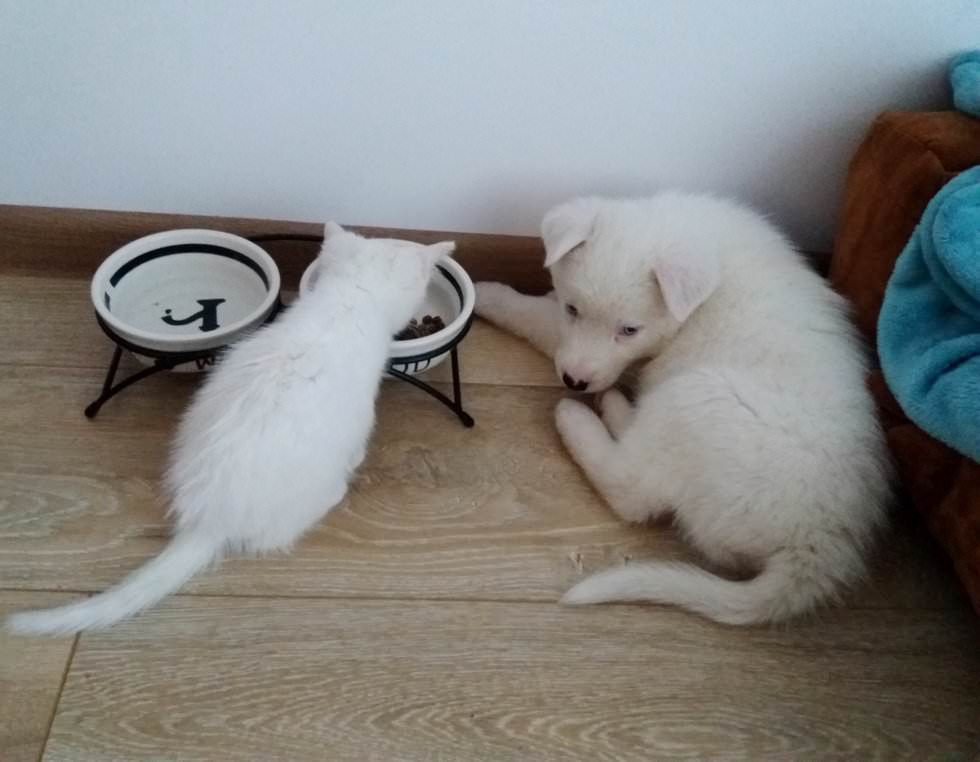 Dante loves to imitate whatever his feline sister is doing. 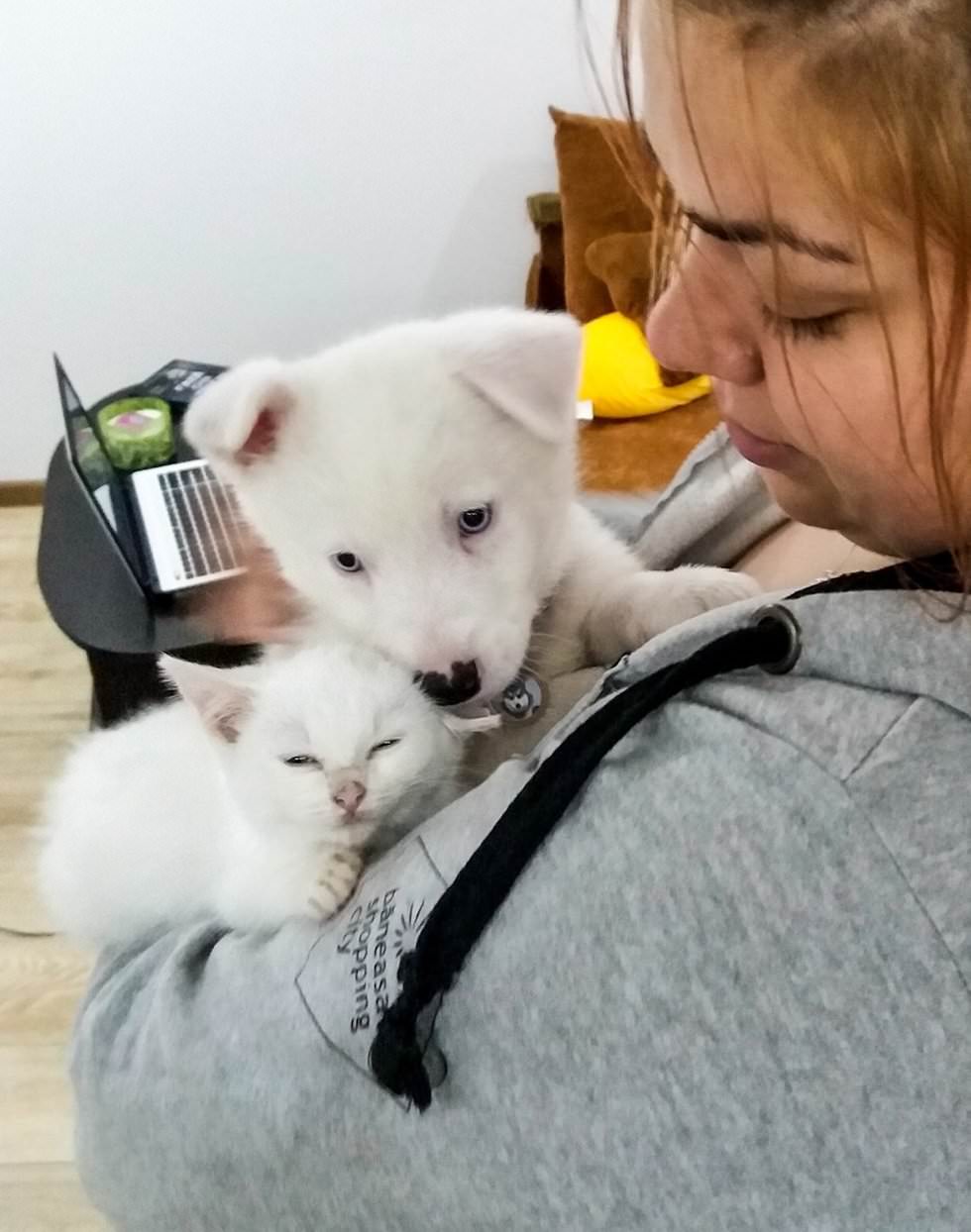 All day they play until they tire themselves out. 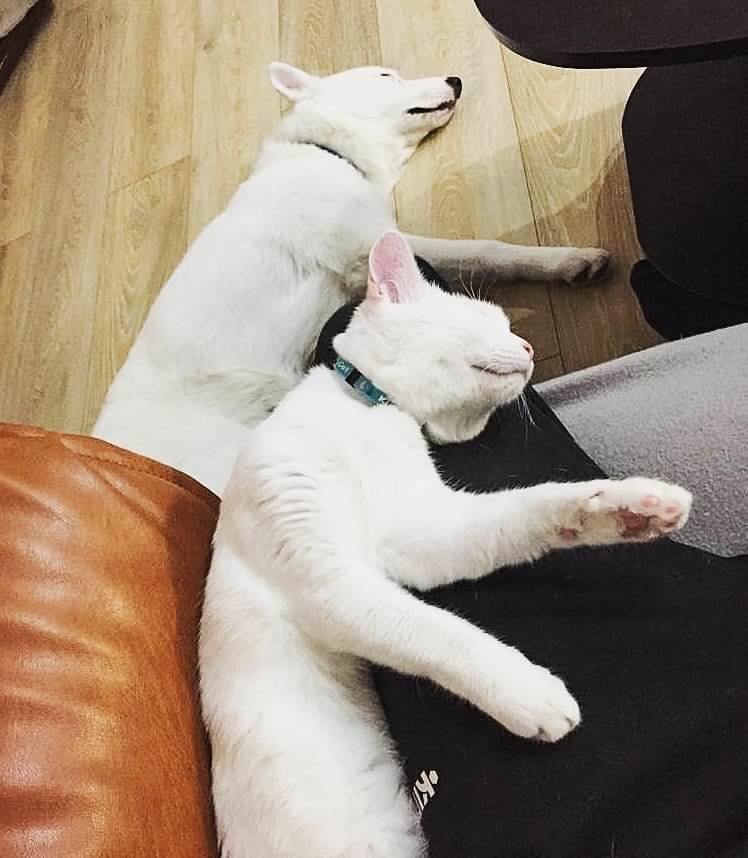 They feed on each other’s energy and keep the house full with endless entertainment. 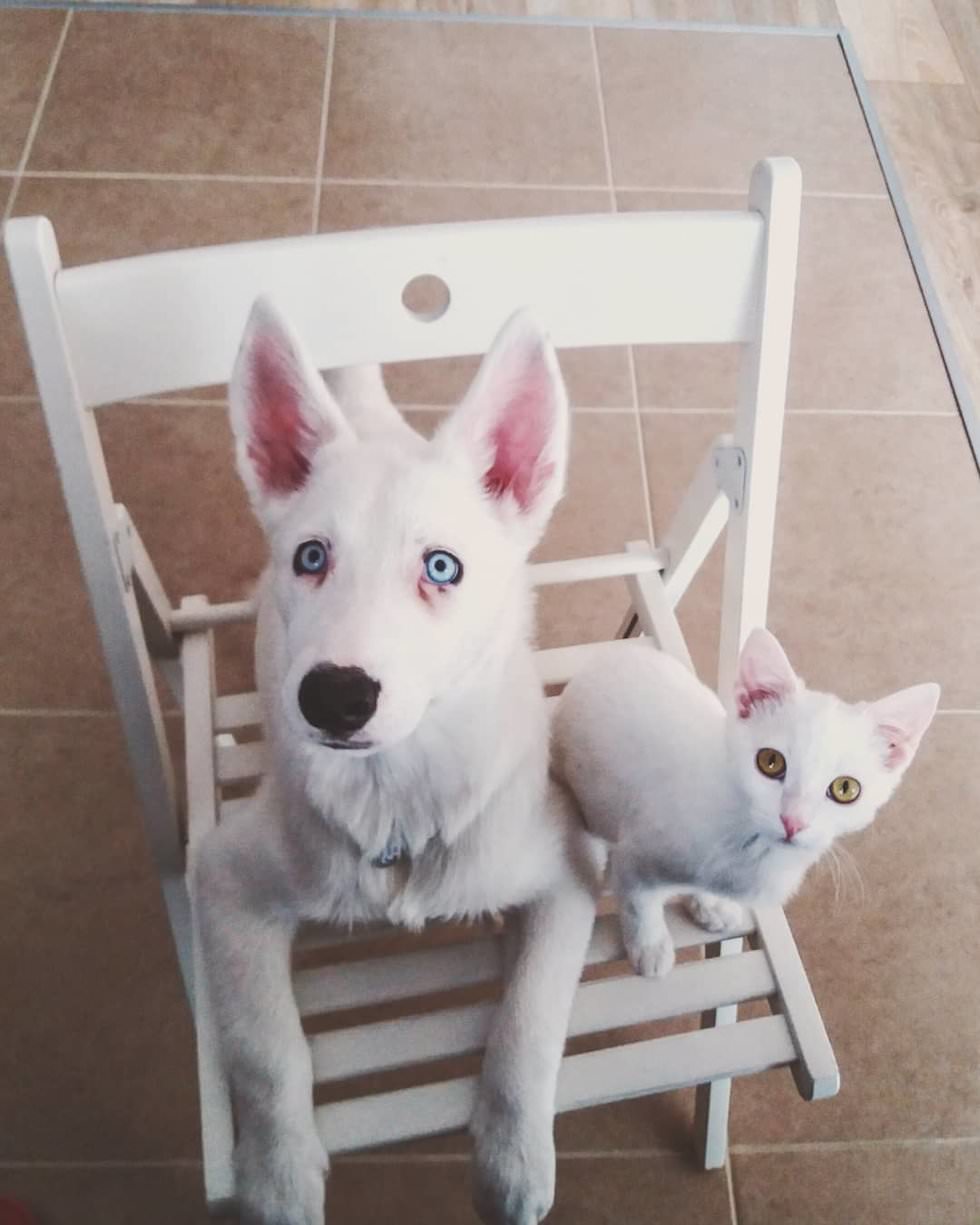 Their favorite pastime is to bask in the sun on the balcony, watching the day go by. 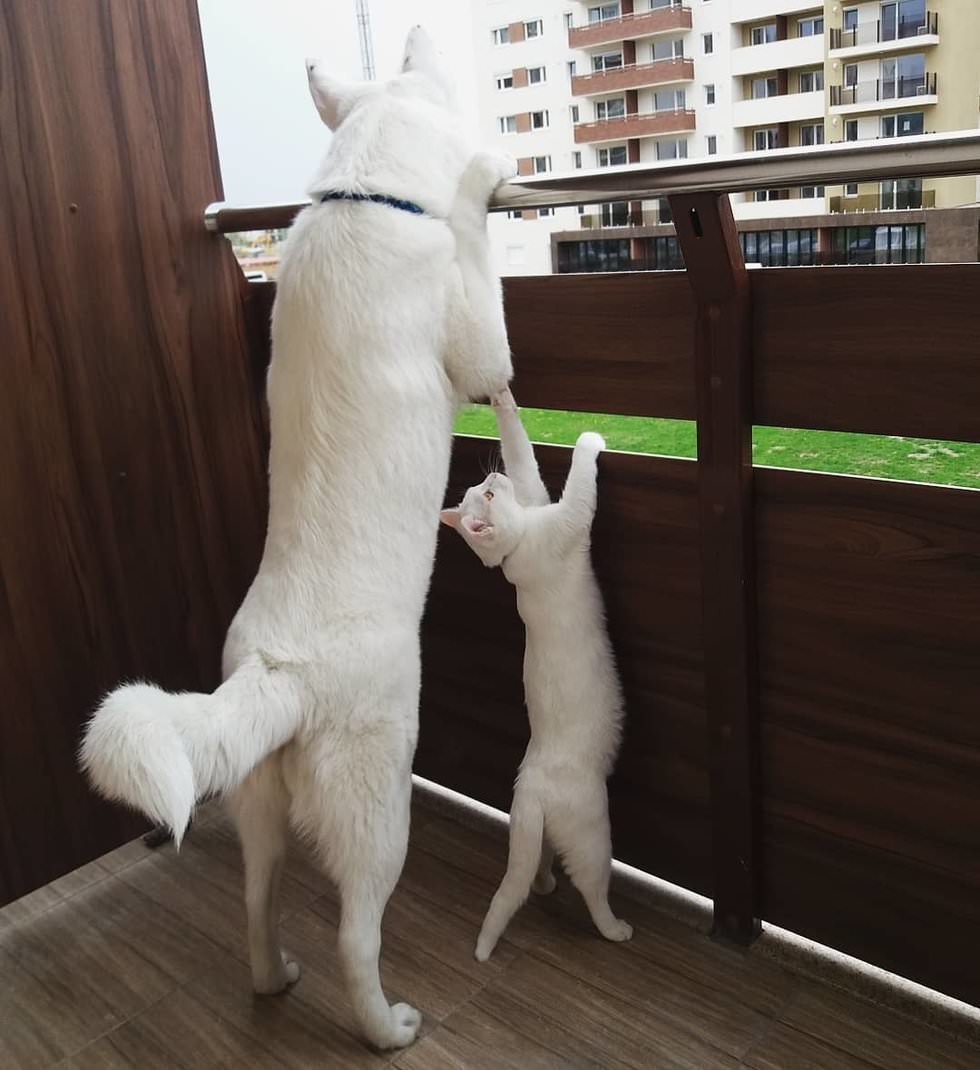 Aby teaches Dante how to keep an eye on the humans. 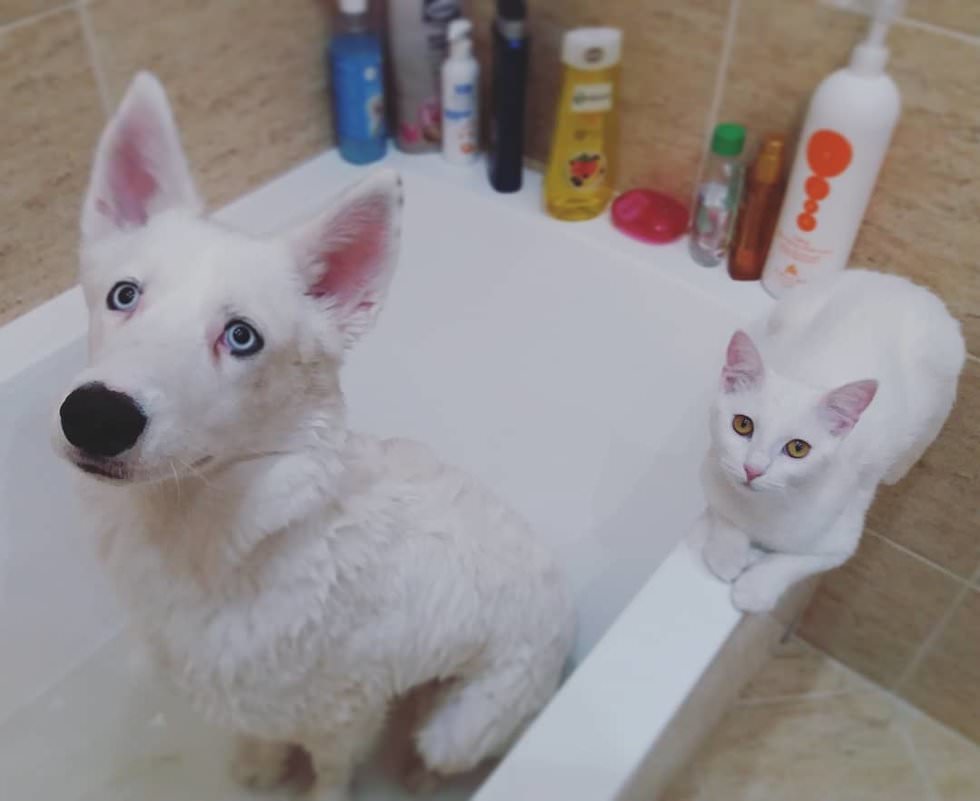 They are adorable and make our lives more beautiful and exciting. 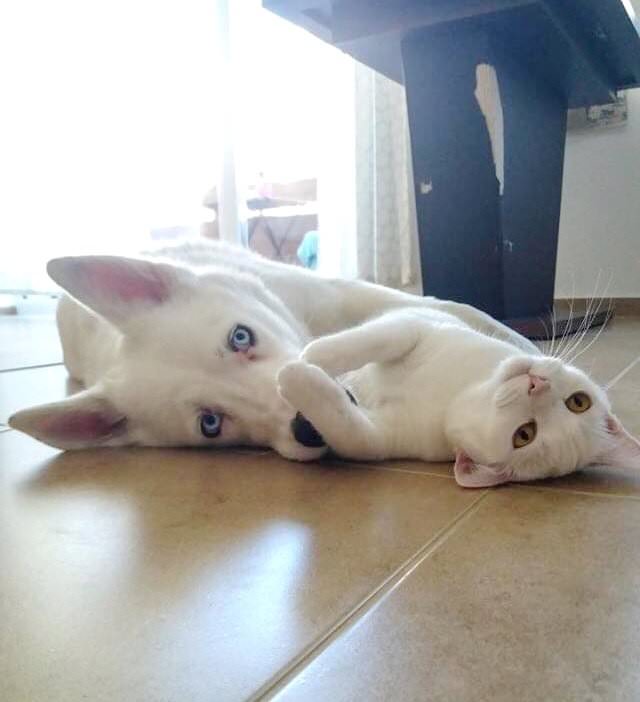 20 Photos Proving Pets Are More Fragile Than We Think

Little Squirrel Loves Cat And Follows Him Everywhere He Goes

20 Peaceful Sleeping Animals That Fill Us With Positive Vibes