There are many stories about interspecies adoptions you may run into on the internet. It means one species starts to adopt another that is orphaned or hurt. For example, a dog can adopt kittens, and vice versa; a cat can adopt tiny puppies, squirrels, bunnies, etc.

However, this is a rare case when an adorable duck adopted a litter of kittens. It is the first time people can witness such a delicate duck mom caring for some kittens tenderly. 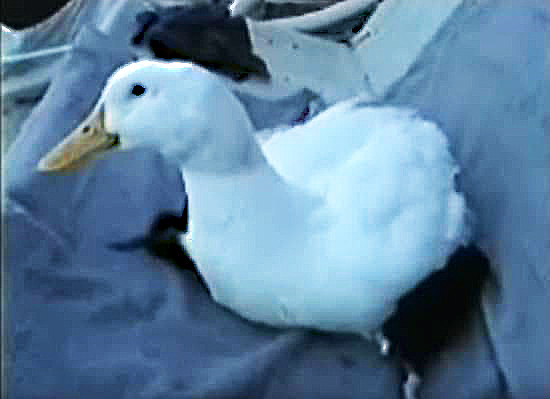 That was surprising when that duck – Harry was a male one. He was playing his role like a mom. This kind of duck helped save five cute kittens from being frozen. Five cuties were left miserably in his bed, and they became orphaned.

Before that, the rescuer found these wet kittens and decided to put them onto Harry’s bed for warmth. The duck Harry rushed and warmed these poor kittens with his feathers. 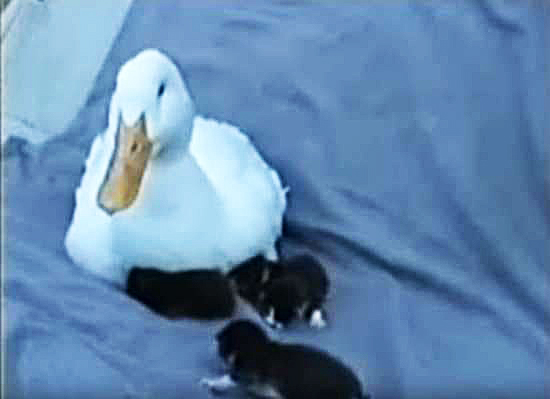 A few days later, Harry and his little kittens became attached. Harry showed his tender loving care to these babies and cuddles around them all day long. Likewise, these kittens always wrapped the duck and saw him as their mom. 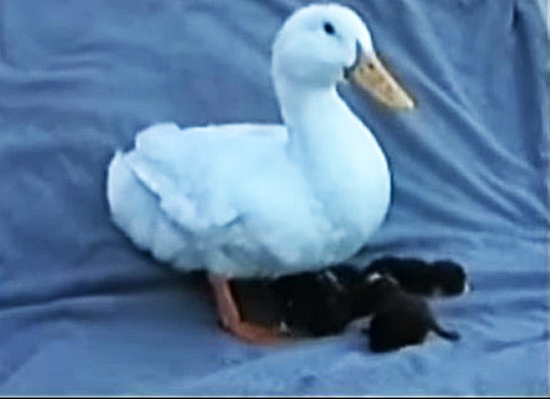 The great interspecies relationship started blossoming at this moment. The rescuers got surprised and pleased with their decision when bringing the kittens to Harry’s shelter.

You can watch the full story here:

The adorable footage was shot by the rescuer and went viral quickly. Internet users paid a lot of affection to this strange pair and hoped that they could be in harmony for the whole life.

From now on, five lovely kittens can lead an entirely happy life in Harry’s kind-hearted wings. Harry was performing well as a tender mom, and he was so pleased because his kittens were in a safe state.

That is a fantastic gesture! Let’s share this story!

21 Cats Who Are Perfect Little Weirdos

20+ Photos That Show Why Every Kid Should Have A Pet