Until now, the creation of sculptures to commemorate people is an easy thing to see, but have you ever seen sculptures of dogs in the army? 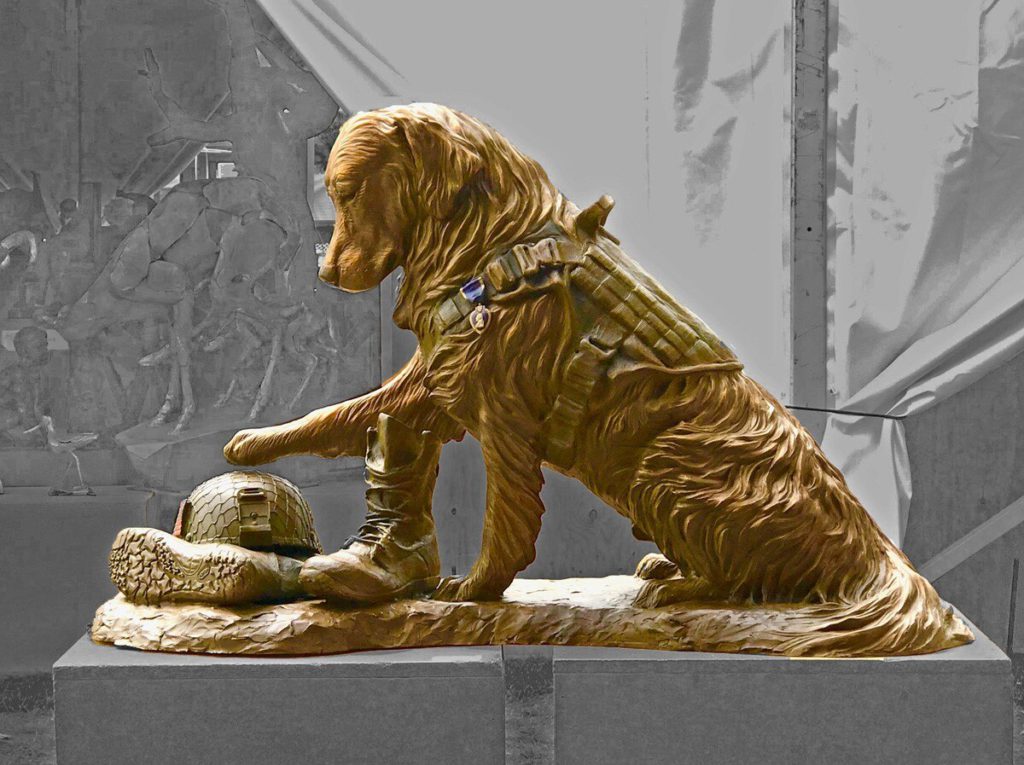 Sculptor Susan Norris has a long history of creating sincere works of art, and recently she took on a new project. A contemporary sculpture honors the efforts and sacrifices of the working military dogs.

Titled “My Hero, My Friend,” it is a lifelike bronze sculpture of a military working dog wearing a Purple Heart, mourning the loss. Of its two-legged companion. Norris is a person who has always been fond of animals and has a particular interest in military dogs. 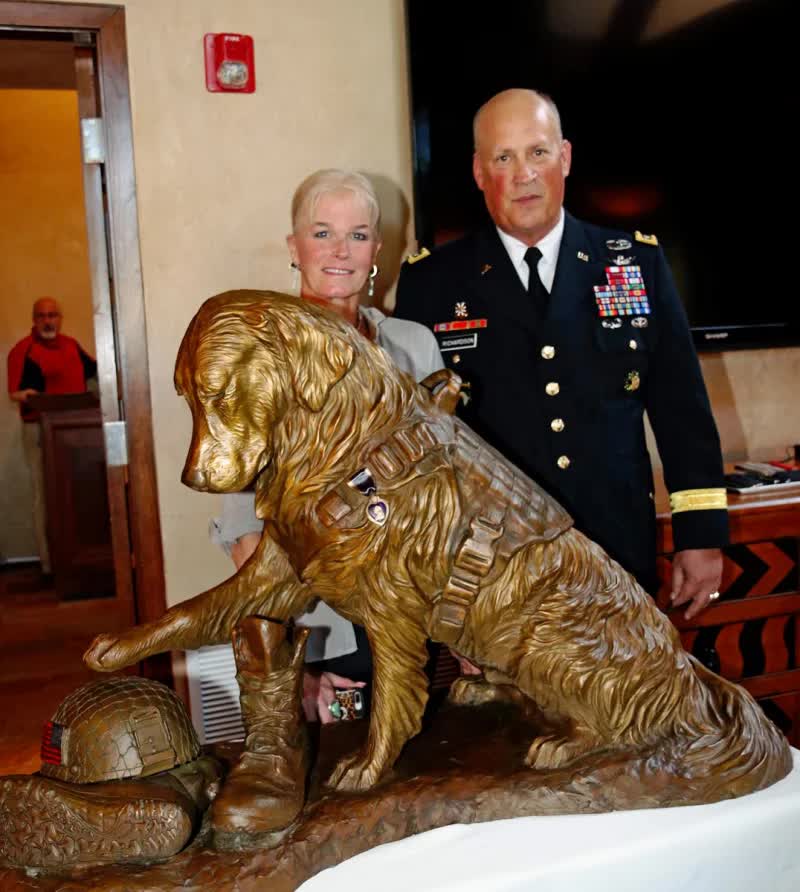 The sculpture will be housed at the Veterans Memorial Park at Trophy Club, Texas, inside the Dallas-Fort Worth metropolitan area, to honor the courage and dedication of a military working dog.

This sculpture melted the hearts of passersby and made many people cry. And of course, which made the sculpture’s author also very touched.

Throughout the years, the dog has served the army as guardians, messengers, mascots, and spies known as the war dog and the K-9 Legion, among many others.

Dogs become members of the forward deployment team and perform essential tasks such as serving with airborne units and being transported by helicopter in emergencies. 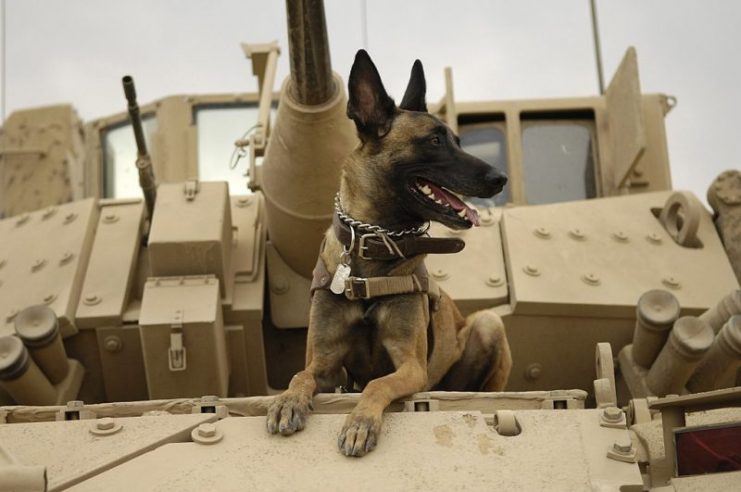 Humans realize that technology cannot be compared to many of the canine senses and other inherent capabilities. They also recognize that dogs continue to remain loyal even as equipment and conflicts develop around them. Therefore, dogs have become an essential and indispensable part of the military force.

Besides, Norris’ Sculptures are not the first to be honored with fighting fangs.
In 2008, the US Congress approved the National Monument of the Army Dog Team, which was inaugurated in 2013 at San Antonio Chung Base, Lackland. It can be seen that humans have always loved and appreciated the loyalty and dedication of dogs, especially working military dogs.