This heartwarming story happened in February 2016 on 171 highway in Cresson, Texas. Brandon Turnbow was driving his motorcycle to visit his father when he saw something absolutely horrifying. He noticed a truck stopped on the side of the road and a man there who was repeatedly violently beating a tiny, defenseless white dog again and again. To Brandon’s shock and horror, the man threw the poor pup out of the car and drove away.

“[I] was riding out and saw a vehicle pulled over on 171 with a worthless piece of crap beating an innocent little white dog. I watched in my rear view and saw this guy throw the dog into the air curbside and drive off.”

When Turnbow saw the small dog being abused, he immediately took action. He quickly turned his motorcycle around, and rushed to the spot where the dog had been dumped. Thankfully, the dog was alive, but he was clearly terrified from the abuse he received. 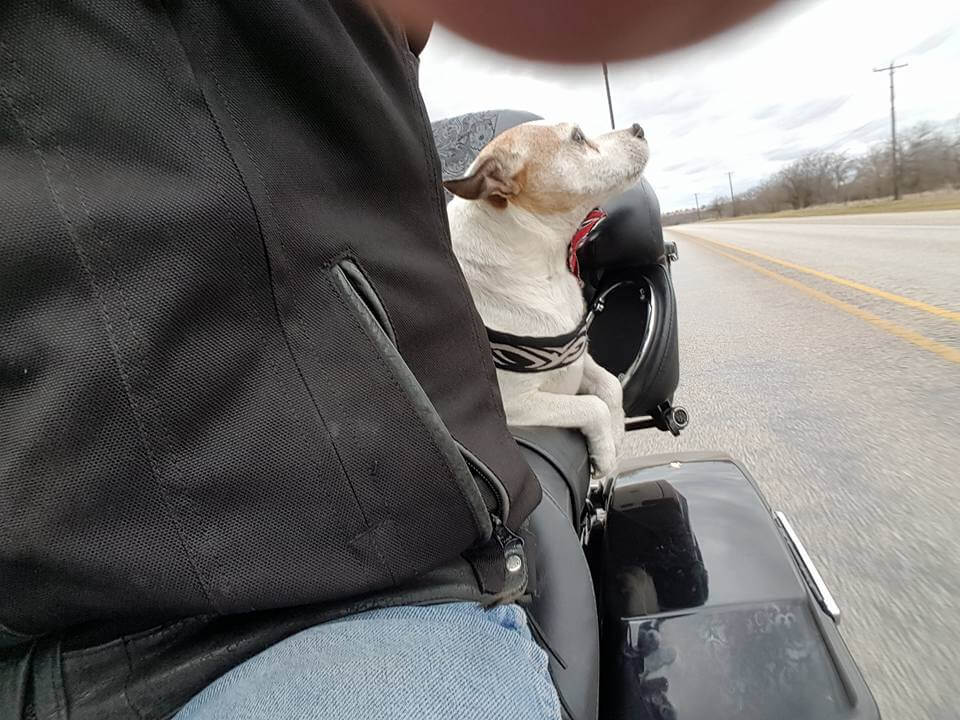 He wanted to go after the offender, but his first priority was making sure the scared dog was safe. Turnbow comforted the pup, picked him up, and gently wrapped him in his jacket. Then he placed the dog on his Davidson Harley and took him home.

Turnbow named his new dog Mr. Davidson and wrote a song for him. In his lyrics, Turnbow promises his new dog that he’ll love him and never abandon him. “You’ll never have to worry again in your life, ‘bout getting kicked down and thrown to the side,” Turnbow says of his new adopted friend. “We’ll always have fun and go riding in the sun, Mr. Davidson.” 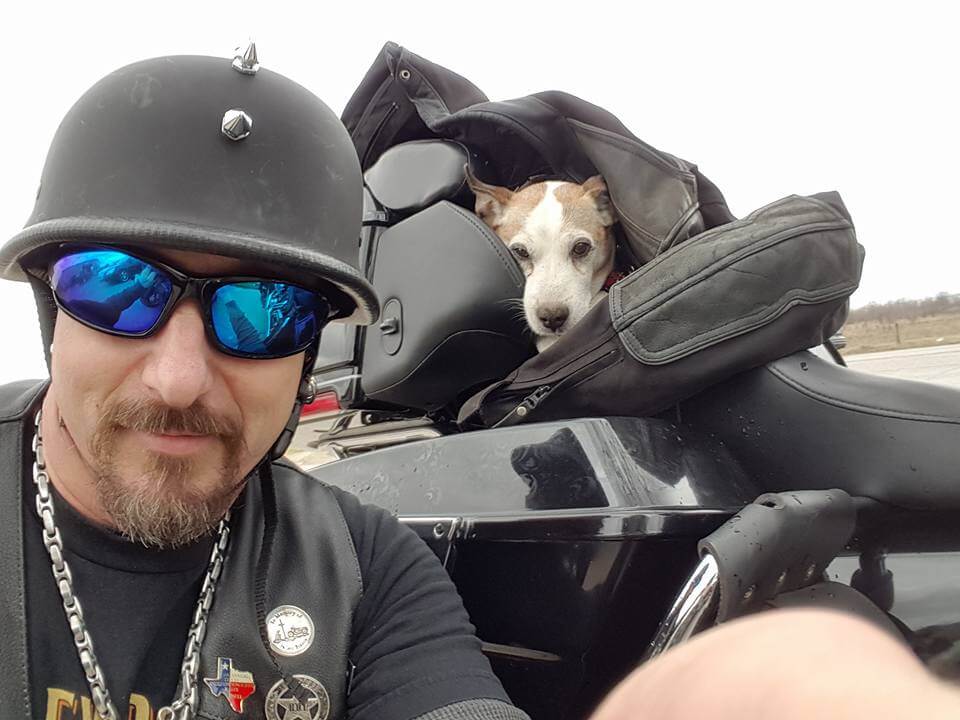 We love stories with happy endings! Listen to Brandon’s song about Mr. Davidson in the video below. Thanks, Brandon! You are a super hero with a BIG heart!

What would you do if you witnessed a dog being abused on the side of the road? Please share this post and don’t forget to let us know your thoughts in comments!

20+ Photos That Show How Crazy And Silly Dogs Can Be

Homeless Dog Had A Big Dream And It Eventually Came True

Hungry And Scared Puppies Got Overwhelmed With Joy After Being Rescued

Be Trained To Sense The Trouble; A Dog Hero Saved The Diabetic Girl Over 5 Miles Away

Puppy Saved From The Tire Smiles At Her Rescuers

Company In UK Creates Pet Portraits From Your Pet Photos